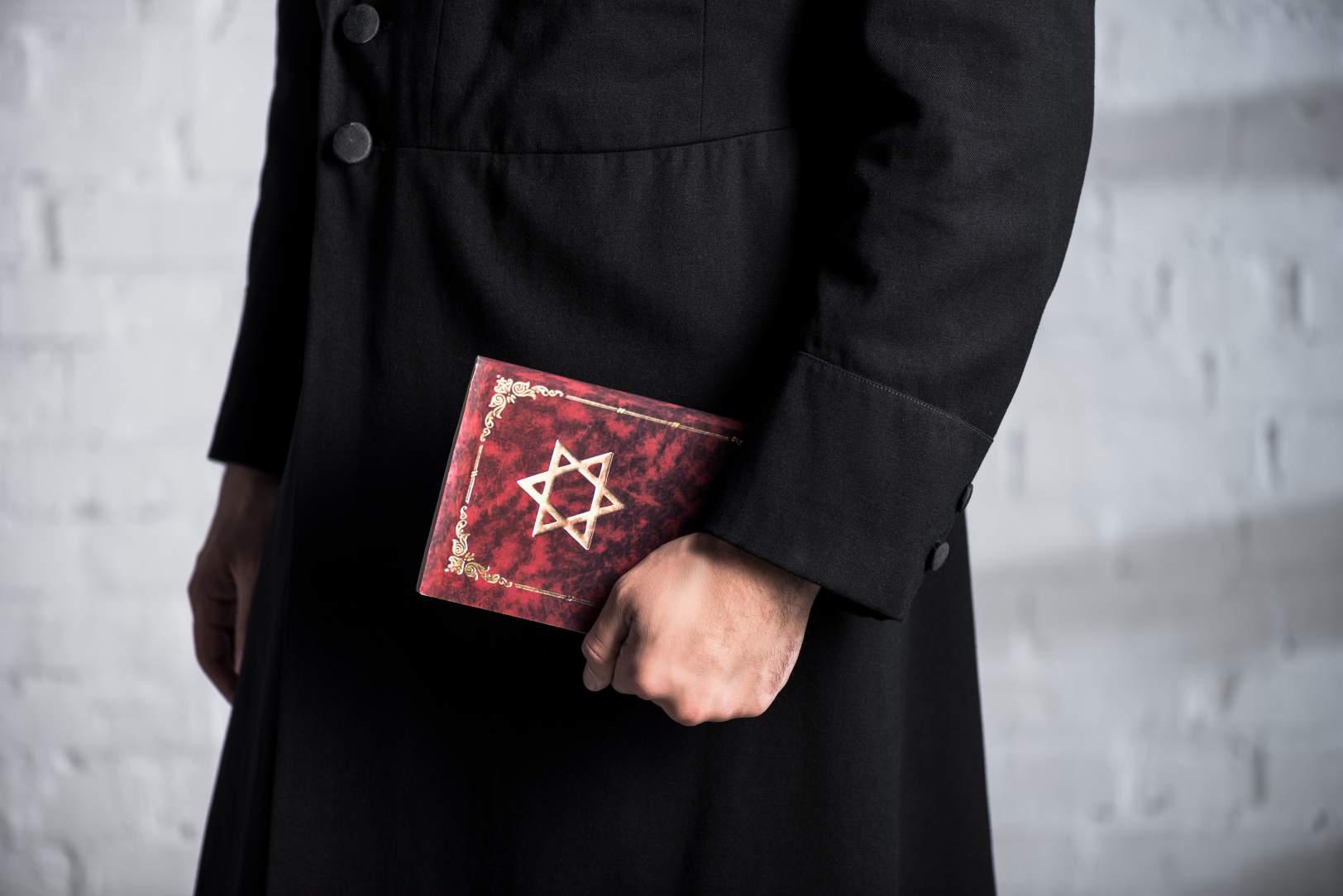 According to pre-war historians, the beginnings of the Jewish settlement in the town of Stupava, in the Slovak Zahorie region, were dated to the Roman period, or until the end of the Middle Ages. It is not completely excluded that several families found their refuge here after the expulsion of the Jews from Bratislava in 1526. The first written and thus clearly documented mentions of the presence of Jews in Stupava come from the period of the first half of the 17th century and discuss the lease of the local toll to members of the Jewish communities. The number of community members was strengthened after the expulsion of Jews from Vienna and the territory of Lower Austria in 1669-1670, when several, mostly wealthier families settled in Stupava. The head of the Jewish community at that time was merchant and court supplier of silver Lazar Hirschl (died 1699). Thanks to him, the Jewish captives from Buda, occupied by the Turks, were redeemed. This event was captured in his memoirs by an eyewitness of the events, the Prague rabbi Yitzchak Schulhof. The Jewish community included a prayer room in a rented mansion and a cemetery. The oldest dated tombstones come from the 1780s. The founding of the association for the care of the sick and the burial of the deceased, Chevra Kadiša, even dates back half a century earlier, from 1640. During the Kuruk Wars (1709), a large part of the Jewish community in Stupava temporarily took refuge under the protection of the Bratislava Jewish community in the Bratislava Podhrady. On January 1, 1722, Count Mikuláš Pálfi granted Jewish families in Stupava a privilege that included rights and obligations. They had the right to their own self-government headed by their own mayor and municipal leadership, he extended the lease of the manor house for the purposes of the prayer room and allowed the expansion of the Jewish cemetery. Furthermore, it enabled them to trade freely with various goods throughout the territory of the estate, to produce beer and kosher wine for their own use. The Jewish community was obliged to pay the landlord 500 guilders annually, including the amount for "protection" (the so-called Schutzgeld). The privilege was reconfirmed in 1739, 1755 and 1758, new provisions related to the admission of additional Jewish families (from 50 families in the 1930s, the number increased in 15 years to 62 families) and the increase of Jewish fees, which were increased in the last confirmation of the privilege up to 600 guilders. The Jewish community was mostly headed by members of the Geiringer, Herzfeld and Theben families. In 1786, a Jewish school (Normalschule) was founded with the German language of instruction, one of the first of its kind in Slovakia. Its existence lasted only a few years. During the Napoleonic (1809/10) wars, many Jewish residents from Bratislava and its surroundings settled with their fellow believers in St. Juri and Stupava. At that time, the Jewish population was mainly engaged in small trade, manufacturing and crafts, but we also find among them several wholesalers and tenants of large estates. The high quality of the yeshiva under the leadership of Rabbi Mordechai Benet (1772-1849), which was attended by students not only from western Slovakia, but also from Moravia and Burgenland, also contributed to the development of the Jewish community. During the revolution in 1848-49, there were anti-Semitic riots in many parts of Slovakia.

In the 1860s, the Jewish folk school was reopened with the German language of instruction, later it was incorporated into a separate municipal school. After the schism of Hungarian Jewry (1868/69), the Jewish religious community subscribed to the Orthodox direction. Next to it, there were several charitable associations whose goal was to support the socially dependent members of the community, the development of cultural and educational activities of the Jewish community (Chevrat Gmilut Chesed, Bikur Cholim, Society of Jewish Women); social activities were complemented by an orphanage, an old-age home and a kosher kitchen.

In the years 1914-1918, many Jewish residents of Stupava and its surroundings also fought on the battlefields of World War I. In November 1918, as in several other villages in the Záhoria region, there were violent anti-Jewish actions by military returnees who damaged shops and private property of Jewish residents of the town. At the beginning of 1919, the Jews were forcibly forced to leave their homes and were allowed to return only after most of their homes and possessions had been looted and devastated.

After the creation of Czechoslovakia, however, the situation quickly normalized. In addition to the community house, synagogue and cemetery, the Jewish community also owned a community library and a slaughterhouse for kosher slaughterhouses. The Jewish community financed the operation of a dormitory, a soup kitchen and supported socially weak members. Jewish residents were numerously represented in liberal professions (doctors, lawyers, officials). Most of them were engaged in trade and agriculture. Union activity was mainly represented by Zionist organizations (Bnej Akiva, Mizrachi, Jewish National Movement) and religious associations (Agudat Yisrael). In the municipal elections, the Jewish Party won one mandate, Jewish politicians from other political parties also won several positions in the city council.

After the creation of the Slovak State, Jewish shops and businesses were liquidated (1939) and all Jewish organizations and associations were dissolved. The only connection between the Jewish community and the authorities was the Central Jewish Center, or its branch for Bratislava and its surroundings, to which 71 local Jewish families (203 persons) were subject. After Jews were excluded from economic activities, offices and schools, their civil and property rights were curtailed. The Jewish Folk School was temporarily expanded to an 8-grade school. Many members of the Jewish community were taken to forced labor in labor centers or were forced to work in a quarry in nearby Borinka.

After the end of World War II, several original Jewish residents returned to Stupava. In 1948, the last 16 Jewish citizens still lived here, most of whom emigrated to the newly formed state of Israel during the following year.

Angelo (Jozef) Neumann (1838-1910), tenor and director (since 1888) of the New German Opera in Prague (today the "State Opera") was born in Stupava, among other important personalities. The parents of the famous music composer and theater organizer Max Reinhardt (Goldmann, 1873-1943) also come from Stupava, who, until his emigration to the USA, had a registered domicile in Stupava.

Nowadays, only one of the oldest, preserved cemeteries in Slovakia, the extensively rebuilt building of the former rabbinate and synagogue, reminds of the rich history of the local Jewish community. This was built in 1803 after the premises of the original, rented landowner's building were no longer sufficient. The baroque synagogue is one of the two preserved synagogues of the nine-aisled type in Slovakia. The main prayer hall is dominated by four pillars that support the ceiling and frame the site of the centrally located bima. In 1891, mainly thanks to the financial support of the Viennese businessman and Stupava native Sigmund Geiringer (1849-1927), the synagogue premises were restored. Minor modifications were also made a few years later, when in 1903 the local community commemorated the 100th anniversary of the construction of the synagogue.

The period of World War II and especially the following years were marked by the gradual devastation of the building, when the synagogue served as a warehouse. The precious furniture was destroyed, as well as the decorative decoration of the Áron, whose interesting element was the unconventional plastic representation of hands holding the tablets of the ten. Total degradation was not stopped even by the inclusion of the synagogue in the central list of national cultural monuments in 1988. In the 1990s, due to frequent changes in ownership, the interior of the synagogue was used only as a garbage dump. There was a collapse of the central dome, theft of late Baroque window fittings, window fillings and a large part of the roof covering was missing. The floor in the main prayer hall and the women's gallery were poured with concrete in the 1960s, which is still one of the main reasons for the building's ongoing moisture problems. The overall statics of the synagogue were also significantly disturbed and its imminent demise was threatened. 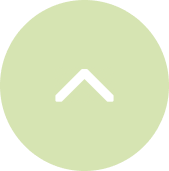